In every country all around the world, you will come across habits that will seem, to say the least, slightly awkward to you. These differences from the way of life you´re used to are sometimes only very small but sometimes they seem totally absurd from your point of view. What I love about them is that they only seem odd to the outsiders who are always ready to judge them as peculiar, strange or even horrible. Since we always perceive the way we were taught as children “the normal one”, we are often unable to see, how many of our behavior may seem weird to the foreigners. Let´s take a look at some of these habits in the Czech Republic. Fun fact: when searching for the strangest behaviours in Czech people, the most outrageous in many discussions seemed the fact that they put their cheese and ham ON their rolls and buns, not into the middle of the pastry.

What might strike you first after moving in the Czech Republic are the obvious social interactions. The Czech people do not smile on each other when walking down the streets. They might look grumpy or even unhappy to you but the truth is that their facial expression doesn´t mirror their inner state very often. They like to save their energy for the important stuff and why should they waste it by announcing the whole world that they´re having a great day?

If you wish to find out what mood are they truly in, simply pop a question. But a fair warning has to follow. The Czechs do not recognize a polite small talk as such and the answer to “How are you?” is usually not the obligatory “Fine, how are you?”. When asked, they will be honest with you, which means, that if they´re having a bad one, you will hear every single reason why. When this happen for the first time, you might stay a bit stunned not knowing how to respond. The good news is that they don´t expect you to come with a solution or spend too much time feeling sorry for them. So, the casual exchange you could overhear could look like this:

“Not so well man, my cat has a diarrhea, I missed my morning bus and I haven´t had a coffee in the whole day.”

“Not so great either, I have a lot of work to school and just messed up a big project at work. Shall we grab a beer soon?”

Another point from the social spectrum – the Czech people really like their private space. While in many countries, hugging or even kissing is a way to meet new people, don´t do that with the Czechs since they might get all awkward. The normal way how to greet a person you just met is quite simple – shake their hand or even just nod your head smiling.

This distance shows even in their more intimate relationships – saying “I love you” is a huge thing and many of them don´t say that once in their life to their parents. Same in a relationship, often it takes months before they express their love and sometimes they don´t even feel the need to repeat it more often than once a year. I mean, I said it so it´s valid, when it changes, I will let you know, alright?!

After you get closer to those people, you might encounter some other habits. For example, they always take down their shoes when inside their homes. Also, valid for the visitors. Very often you have to even leave your shoes in front of the main door. As a cute addition, you will be immediately offered slippers or house shoes because the Czech people don´t like to walk barefoot or only in socks. Surprisingly, this applies only for their feet. Otherwise they often enjoy walking around their homes only in their underpants. Yep, even when there are people visiting someone else in a household.

One of the best thing about people from the Czech Republic is their sense of humour. It´s as black as a coffee and targets literally anything and anyone. The jokes you would normally feel super awkward about in some other countries are being cracked like nothing on a daily basis. To be fair, as ready to make fun of everyone else, the Czech people are just as willing to laugh about themselves. Also, their relaxedness goes beyond their sense of humour. For example, they honestly don´t care about religion, neither their own, nor yours.

As you might already know, they like to drink. A lot. Surprisingly though, they usually don´t get wasted. They like to spend the whole evening in a pub drinking one beer after another but are still perfectly able to sit on a bike and get home to their beds. Also, a beer is cheaper than a water in restaurants so they normally drink it even with their lunch during a work day. And they totally believe in the magic power of alcohol when curing diseases. Do you have a cold? Drink a shot of a plum brandy. Having some stomach ache? A herbal liqueur will handle it.

The Czechs are exceptionally hard working. The older generations especially live their lives according to a rule: your job is not supposed to be fun. So, they go to work, finish their 9 hours shift and the real life begins for them at the weekend. That´s when they pack their bags and go to spend two day in a nature. Either hiking in the hills or taking the whole family to a weekend cottage – those are especially popular there. Then they love walking through forests and picking mushrooms. Often even when they themselves don´t like eating them and only pass them on to someone else.

The last thing that is probably not so surprising but really common – the Czech people LOVE their dogs. Seriously, anywhere you go, no matter whether it´s a city or a countryside, so many people have dogs and love spending time with them. The dogs there are full-bodied members of a family. If any of the previously mentioned habits scared you a bit, a country full of dog-loving people can´t be so bad after all, right? 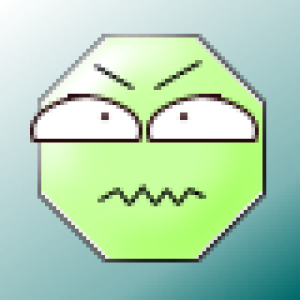 The flip side of digital nom ...

LeyD Nomad
I ask to a couple of digital nomads to share important information about life in Prague as digital nomad. Have a fun!

The flip side of digital nomad’s lifestyle

Tips, that will make your life in Prague easier and cheaper

My favorite things in life don't cost any money. It's really clear that the most precious resource we all have is time.